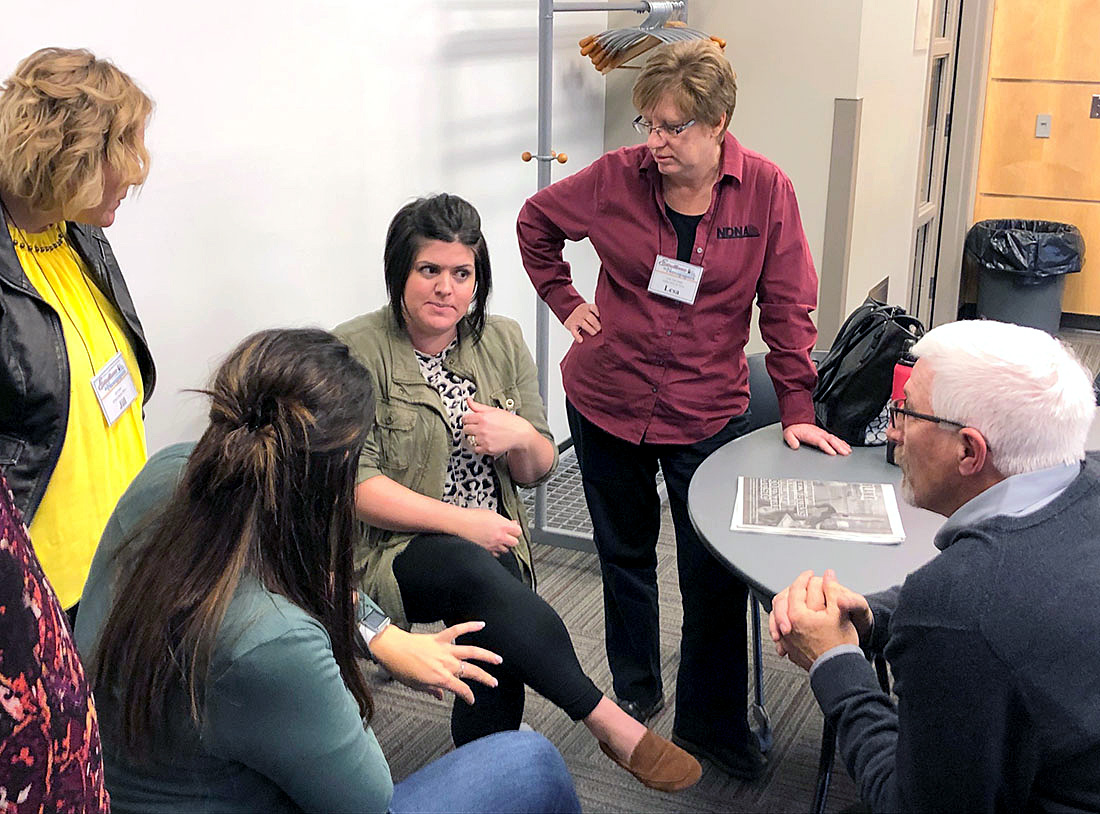 Photo: Millennials Cassie Braaten (back to camera) and Morgan Hovde talk with NDNA members Jill Friesz (far left) Lesa Van Camp and Tom Monilaws following a focus group meeting in Bismarck.
North Dakota millennials trust their local newspapers more than any other media.
============================================
But they don't subscribe.
At the same time, getting news from TV or radio "is almost a foreign concept" to them, says Kevin Slimp.
Slimp, a nationally respected consultant from Tennessee, reached these conclusions after leading a focus group of 16 millennials during the NDNA Witham Symposium on Excellence in Newspapers in late October.
He also learned that millennials in their 20s and early 30s just don't want to pay for news, because so much is free on line.
And yet they feel a bit guilty about it, and 70 percent said if they were to pay for news it would be for a local newspaper, either print or digital.
So what would make them take the step to newspapers? Slimp says the answer is as much in what they don't want to see in the newspaper as what they do.
For starters, keep it local, focus group members from across the state told Slimp.
National news is available sooner and in more detail on line, so they don't want to see it in their local paper.
Ditto the weather.
If a story jumps to another page, they agreed, it's too long. If it needs to be long, break it up into sidebars or separate stories.
When asked what would make them most likely to read a local newspaper, "interesting local stories" was the most common response, followed by "stories explaining how taxes are spent."