Newspaper of the Week popular at capitol 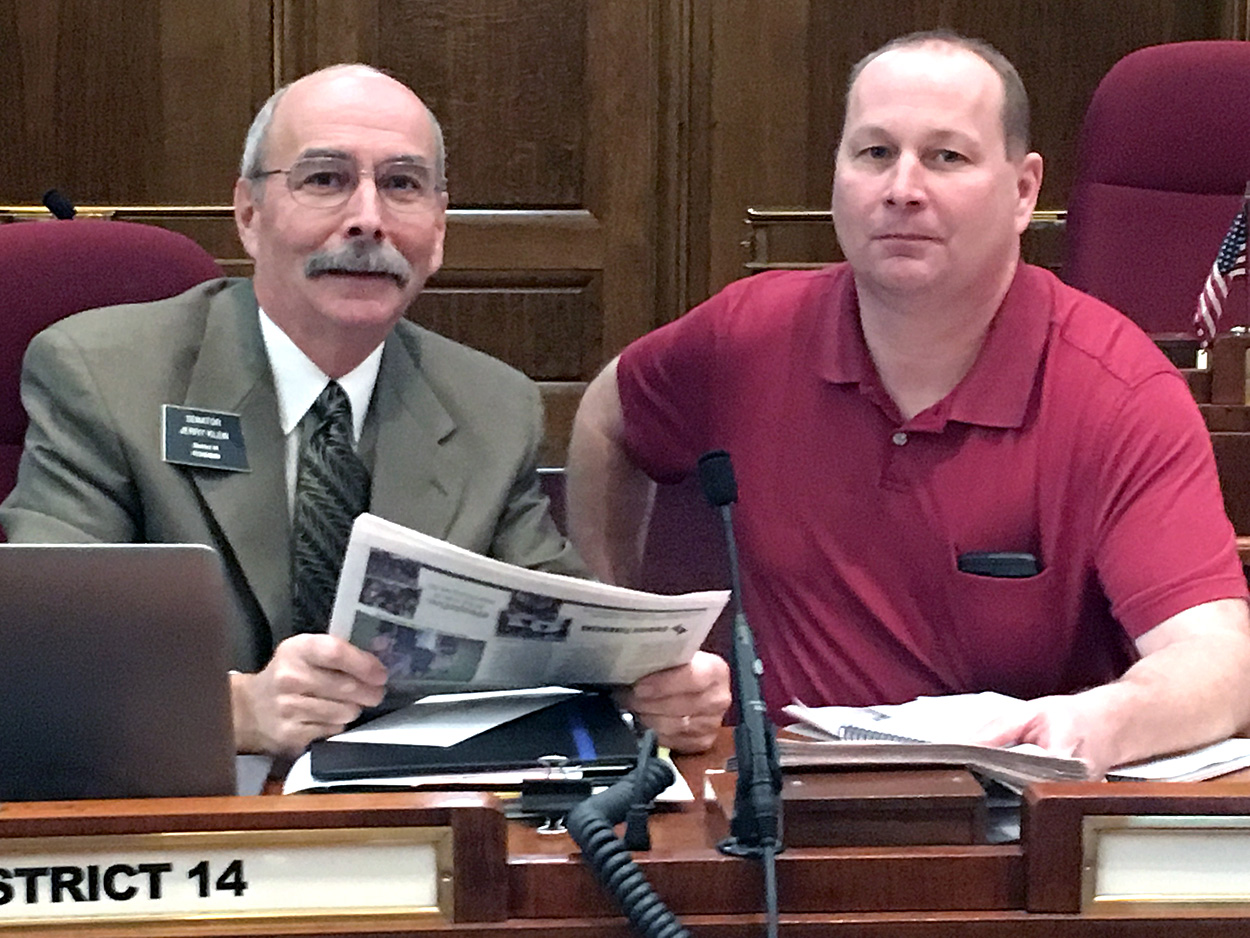 NDNA President Paul Erdelt (right), publisher of the Steele Ozone and Kidder County Press, delivered copies of his news- paper to his senator, Jerry Klein of Fessenden, and others during his Newspaper of the Week visit.

"You stop by my office any time you need something," Sen. Rich Wardner told NDNA President Paul Erdelt last week.

As Senate majority leader, Wardner, of Dickinson, is one of the most powerful legislators at the capitol.

And yet he always has time to meet with NDNA members who stop by during their time as Newspaper of the Week.

He's not the only one. Minority Leaders Sen. Joan Heckaman of New Rockford and Rep. Josh Boschee of Fargo took time to ask Erdelt about his town, his business, and legislative issues important to newspapers.

Erdelt, publisher of the Steele Ozone and Kidder County Press, was the first featured Newspaper of the Week this session.

Each week a different newspaper is featured, bringing copies of the latest edition that are distributed to all legislators as well as to the governor, attorney general and others.

It's a way for NDNA members to stay visible as legislators debate issues that sometimes have direct impact on the work newspapers do week in and week out.

It makes a big difference at the capitol, according to Jack McDonald, NDNA's attorney and lobbyist.

"Legislators all know what to expect from me," McDonald said, "but when they hear it from someone from 'back home' they really stop to listen."

While the program is well-received among legislators, it has also been popular among newspapers, said Steve Andrist, executive director of NDNA.

Last session so many newspapers signed up to participate that for several weeks there were two Newspapers of the Week.

There are still several weeks open for the program this year, so he encouraged NDNA members to sign up to come to Bismarck to meet legislative leaders as well as to meet hometown legislators on their turf.

Andrist said NDNA members will also be asked as needed to contact their legislators when it is time to debate or vote on bills that are important to the newspaper industry in the state.

He echoed McDonald's view that legislators are influenced more by comments from hometown folks than by paid lobbyists.