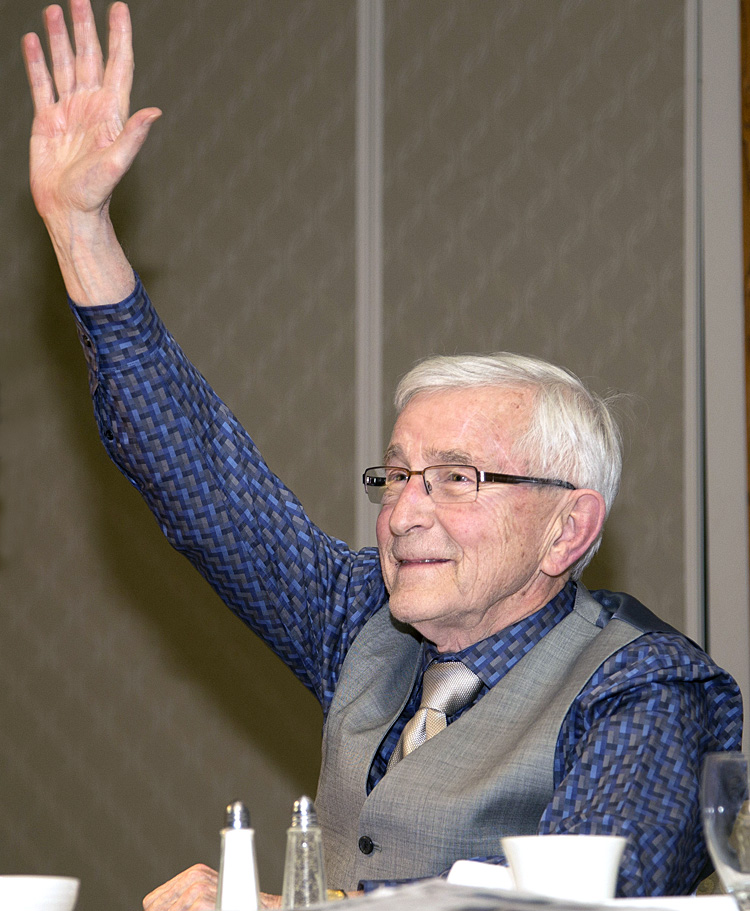 John Andrist, a member of the NDNA Hall of Fame and the only North Dakotan to serve as president of the National Newspaper Association, died Jan. 17, 2017 at the age of 86.

Community journalism was a lifelong passion for Andrist, who grew up in the back shop of the newspaper his father operated in Crosby.

He felt so strongly about the future of newspapers that he left a $50,000 bequest to the NDNA Education Foundation.

Since his death, the foundation has received more than $1,500 in gifts in memory of Andrist.

"The foundation would be no where close to as strong as it is today without the leadership of John," said Aaron Becher, foundation president and general manager of The Forum of Fargo-Moorhead.

Andrist served on the foundation's board for about 25 years, and Becher noted that in 2002 it was Andrist, Garrison publisher Don Gackle and Bill Marcil Sr. of The Forum who devised a capital campaign and pledged $50,000 each in a successful effort to push its endowment past $1 million.

He began full-time work in his father's newspaper, The Journal, when he was still a teen, in 1950. By 1958, he became managing editor, and in 1961 he purchased the business outright. For more than 60 years, up until the week he died, he wrote his weekly newspaper column called "John-a-Dreams."

He also served for 22 years in the North Dakota Senate and for two terms on the board of the Theodore Roosevelt Medora Foundation.

He developed a passion for philanthropy, directing most of his gifts to projects and organizations in Crosby and Divide County as well as to the Medora and newspaper foundations.

Andrist served as president of NDNA in 1970 and was president of NNA in 1989. He was inducted into the NDNA Hall of Fame in 2000, the same year he received the Amos Award, NNA's top award for distinguished service.