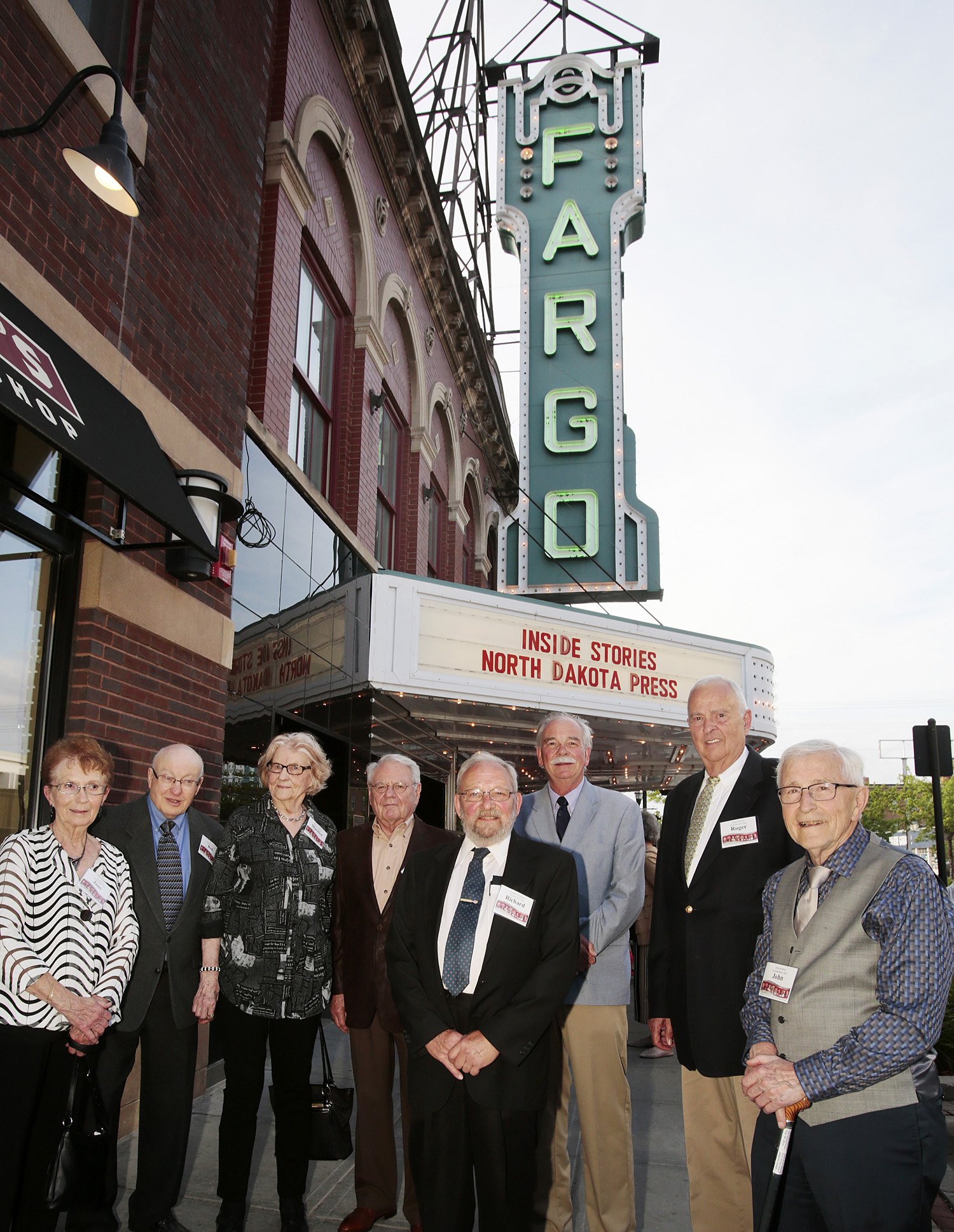 With eight "movie stars" greeting them from the red carpet, some 175 people came to the historic Fargo Theatre June 2 for the premier of "Newspaper Pioneers: The History of the North Dakota Press."

Finneman conducted extensive oral history interviews with eight notable North Dakota newspaper people, and documentary students at the University of Missouri used the interviews as the basis for the film.

"The Fargo Theatre event was one of the proudest nights of my life," Finneman said. "It was so great to have all of the film's stars there together."

The film documents some of the history of the eight "stars," along with their reflections on both the history and the future of the newspaper industry.

Following the one-hour film, the eight subjects fielded questions from those in the audience.