Fun and games and a whole lot more 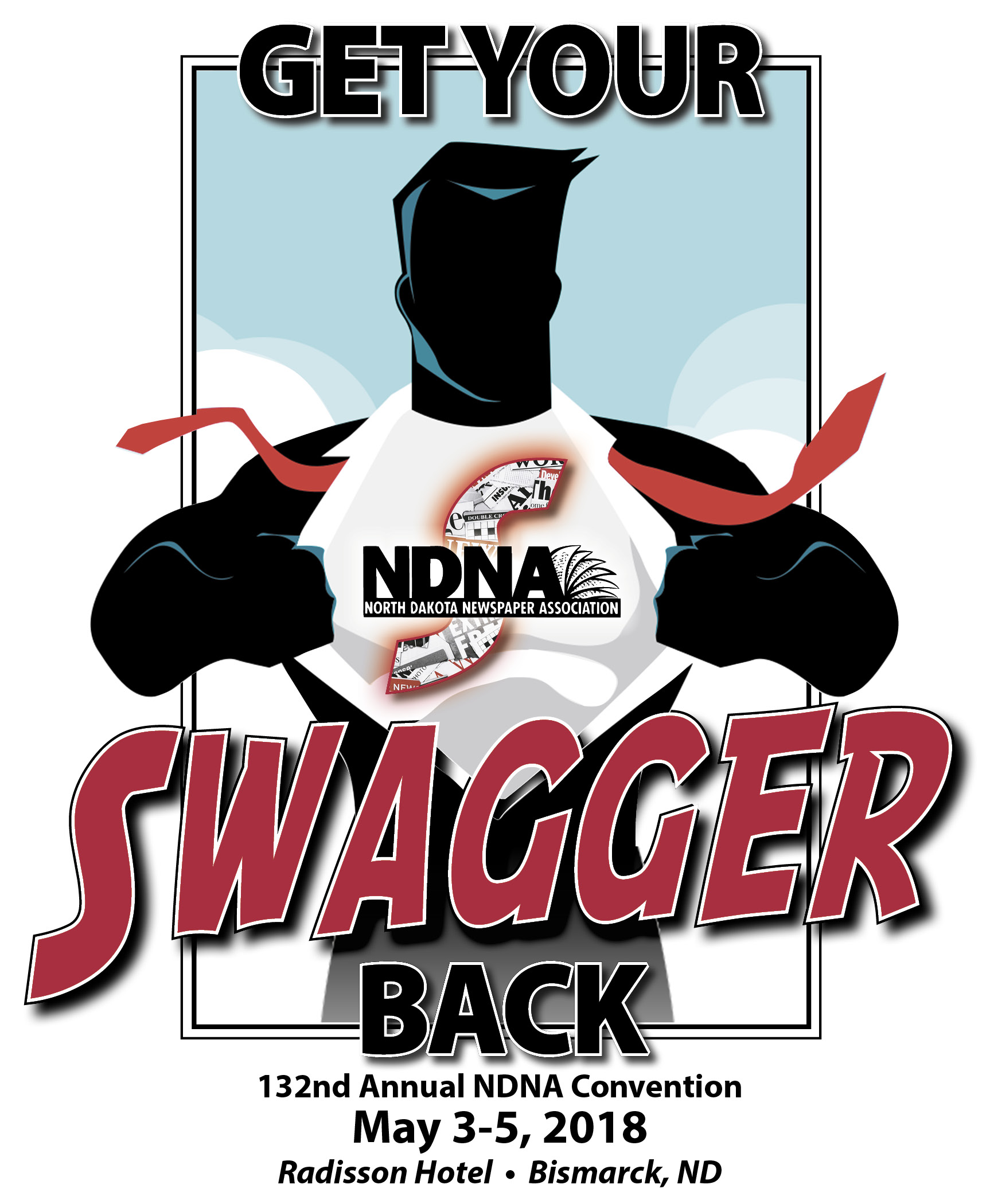 There'll be some fun at NDNA's annual convention next month in Bismarck, and some games.
There also will be some good old fashioned learning about things that can help make your newspaper better and more profitable, along with a bit of politics and some free legal advice.
The fun
The fun starts Thursday evening with drinks and Grand Hors D’ouvres at 5:30. If you haven’t seen it, you’ll want to take a break at 6:30 to view “Inside Stories,” the documentary based on the oral histories of eight notable North Dakota newspaper people. Then come back for “Entertainment Medora Style,” featuring iconic Medora entertainer Bill Sorensen and his one-time Medora Musical co-host, Queen of the West Emily Walter.
The games
There's a 50-50 challenge, and also the annual silent auction, both fundraisers for the NDNA Education Foundation.
The challenge is between NDNA President Harvey Brock of Dickinson and President-elect Paul Erdelt of Steele, to see who can sell the most 50-50 tickets. Each of them will have a surprise "campaign manager" to help with sales, especially in the hospitality lounge after the banquet.
The auction promises to have items that likely will attract bids from many, but it's also not to late to contribute something for the auction block. Just let NDNA know what you're bringing.
The learning
Mike Blinder, president of The Blinder Group, a Florida based firm that assists in maximizing revenue for their clients, starts the learning with a keynote titled "Get Your Swagger Back." Later he'll provide a breakout session on "Selling Against Facebook."
Other sessions on the schedule:
• "Writing for Readers," with Steve Wagner, director of content for Forum Communications Co.
• "Real News is Where It's At," a video and panel discusstion featuring Bismarck Tribune Reporter Jack Dura, NDSU communications professor Robert Mejia, and Journal Publishing President Cecile Wehrman of Crosby.
• "Engaging Readers Through Social Media," with Teri Finneman, SDSU assistant professor of journalism.
• "Protecting Public Notices," with NDNA Executive Director Steve Andrist.
The politics
Pundits predict this year's campaign for a seat in the U.S. Senate will be the most expensive race in state history. A candidate's forum is scheduled for Saturday morning, May 5.
The challenger, Rep. Kevin Cramer, has confirmed his attendance. As of this writing Incumbent Sen. Heidi Heitkamp has not confirmed her attendance.
Free legal advice
As usual, NDNA Attorney Jack McDonald, the state's foremost authority on open government law, will present his "All Things Legal" look at current issues, new laws, and threats to transparency.