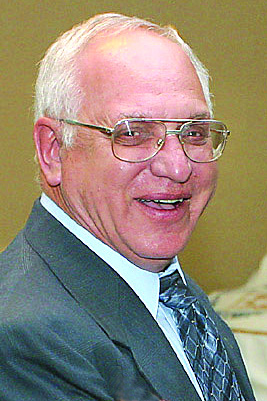 Duane Schatz, a longtime newspaper publisher from Grant County and past president of the North Dakota Newspaper Association, is about to become the 55th member of the NDNA Hall of Fame.

While still in high school Schatz started working at his hometown paper, the Carson Press, as a linotype operator, pressman and janitor.

He worked briefly at the Lemmon Leader in South Dakota before moving "home" to take over management of the Carson Press and the Grant County News in Elgin.

He bought the papers in 1965 and operated them for nearly 40 years until his retirement in 2004, the same year he received NDNA's 50-Year Award.

Jill Friesz, who worked for Schatz and then purchased the papers from him, said he  was "constantly learning and growing and helping others in the industry advance."

In nominating him for induction to the Hall of Fame, Friesz said Schatz loved his career and what his newspapers provided to their communities.

"He has served on nearly every board and in every organization in the community," she wrote.

She then ticked off a long list of involvement, including serving as mayor of Elgin, president of the park board, chairman of the Elgin sales tax committee, vice president of the Lewis and Clark Regional Council, president of the Lions Club, and membership in many organizations ranging from the Pheasants Forever and Ducks Unlimited to the hospital board and fire department.

Sandra Laub, vice president at the Elgin branch of First International Bank and Trust, said, "Duane is one of those few individuals who stands above all others when it comes to moral character, community and state mindedness, devotion to church, family, school, city, county, business . . ."

In another letter supporting Schatz' nomination, Grant County High School Principal Terry Bentz said, "To this day he still has that passion for the area in which he served in various leadership capacities for so many years."
Aaron Iverson, another employee at First International, said, "His passion for his profession and community was exemplary through his countless hours of work."

Schatz served as president of NDNA in 1994. He will be inducted May 8 during the 134th annual convention of NDNA at the Bismarck Radisson Hotel.