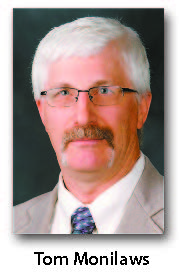 The NDNA Government Relations Committee will focus on transparency issues when it convenes Friday, July 13 in Bismarck.

At the top of the committee's agenda is discussion of a bill draft that would give counties the option of publishing their minutes online rather than in newspapers.

There also are several other matters that threaten to chip away at government transparency, said Committee Chairman Tom Monilaws, general manager of the Traill County Tribune in Mayville.

"We need to remain vigilant on these issues," Monilaws said, because not many other groups are working to protect the public's right to know.

"Reduced transparency is not just bad for newspapers," he said, "it's bad for democracy."

The Legislature's Interim Judiciary Committee will consider the bill at its Aug. 17 meeting.

NDNA Executive Director Steve Andrist said committee members haven't appeared to strongly support the bill in its current form, though there has been some discussion about amending it to allow voters in each county to decide whether to publish minutes in local newspapers.

In addition, there has been some support for removing the requirement that a list of bills paid be included in the minutes that are published in newspapers.

The Judiciary Committee has also discussed repealing the requirement that counties publish election abstracts of votes.

The NDNA committee will also discuss whether it should propose amendments to the new law that keeps secret the names of applicants for public jobs in the state.

 The law that keeps secret the names of applicants for medical marijuana compassion centers.

 Marsy's Law, which despite guidance from the attorney general has caused confusion among law enforcement and media.

 The possibility of legislation to close higher education meetings when top personnel are evaluated.