Teaming up against tariffs on newsprint 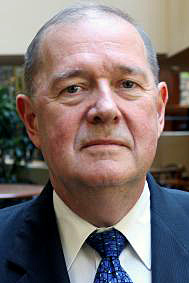 The Canadian government has something in common with North Dakota newspapers -- opposition to tariffs on the sale of Canadian newsprint.

The federal tariffs on Canadian paper products have dramatically increased printing costs for U.S. newspapers, with some taking price increases as high as 32 percent.

Paul Connors, consul general at the Canadian Consulate in Minneapolis, met in Fargo last week with a delegation from NDNA. Connors asked N.D. newspapers to consider submitting official comments to the U.S. Commerce Department, which is considering making the tariff's permanent.

NDNA has already asked the state's congressional representatives to intervene.

In addition, a bipartisan group of senators has introduced the PRINT Act in hopes of suspending the tariffs, which were imposed on the complaint of one mill that is owned by a New York hedge fund.

A National Newspaper Association survey found that many newspapers are reducing staff and page count as they deal with increased newsprint costs.