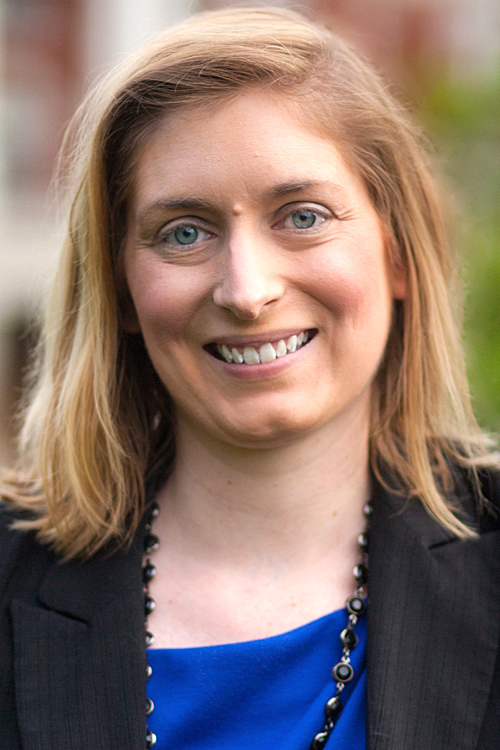 A study led by Teri Finneman that examined the impact of COVID-19 on community newspapers won a national award for best newspaper research of the year.

“'I Didn't Know How We Were Going to Survive': COVID-19’s Disruption of U.S. Community Newspapers” draws from oral histories conducted with journalists in North Dakota, South Dakota, Nebraska, Kansas, Oklahoma and Arkansas.

The paper focuses on how community newspapers adapted their business model strategies to survive during the pandemic. Finneman, a former Forum reporter, has conducted oral history work for NDNA the last several years.

“There are so many stories out there of newspapers that didn’t make it in the pandemic,” Finneman said. “We wanted to take a different approach and preserve for history how so many newspapers actually made it through.”

One key to that was the Paycheck Protection Program. The use of this program was historically significant after centuries of the U.S. newspaper industry opposing government funding, despite this model being common in other countries.

The program aided nearly 2,800 U.S. newspapers and an estimated 40,000 employees between March and August 2020, according to the Pew Research Center.

In addition, some newspapers reported being more reliant on government funding via advertising, particularly for public health announcements, during this time.

Other newspapers adapted new marketing strategies. Nebraska weeklies publisher Carrie Pitzer said the pandemic made her realize that “you can’t think outside the box and make it work. You have to forget that there is even a box to begin with.”

In one strategy, Pitzer launched a popular “Be a Hero” campaign and sold T-shirts that said, “I’m saving my local newspaper. What’s your superpower?” and offered a subscription deal with it.

In North Dakota, Jill Friesz drove 14 miles to the nearby lake with its 44 cabins. She walked 10 miles to deliver a newspaper to each cabin and offered a summer subscription.

The Arkansas Democrat-Gazette increased its readership base by offering translated pandemic news to large Marshallese and Hispanic populations in the northwest part of the state. In Oklahoma, editor Christine Reid “added a side hustle” and offered social media marketing for area organizations to bring in more revenue.

Many newspapers also turned to grant funding during the pandemic and also offered matching grant opportunities for advertisers that attracted new sales. Others turned to a donation model and opened their websites to accept support from their communities.

A common theme in discussions of the business model was the mental health toll on community journalists as they not only had a nonstop news cycle but also significant financial worries during the pandemic.

“The mental health toll and burnout of journalists is a business model problem, is a financial concern in itself,” Finneman said. “Serious conversations are needed to make actionable plans to reshape an advertising-centric model that we’ve used since the mid-1800s.”

Some of those conversations may involve thinking now about changes to the definition of a legal newspaper in each state. Some newspapers that wanted to shift online even briefly during the pandemic weren’t able to do so and keep their legal status, adding extra stress.

Media illiteracy issues and the resulting lack of trust in news also pose a threat to future readership.

Overall, the paper argues that the pandemic was a critical incident for journalism that must lead to historic changes in operations to avoid another disaster of at least 70 newsroom closures and thousands of layoffs in the future.

The paper will be presented during the Association for Education in Journalism and Mass Communication conference in August. Will Mari at Louisiana State and Ryan Thomas at the University of Missouri co-authored the paper.

This study is one of three that Finneman wrote based on the oral histories. The others examine the impact of the pandemic on news routines at weeklies and how the pandemic influenced how journalists viewed the role of journalism.